Tales from Turkey - Part I 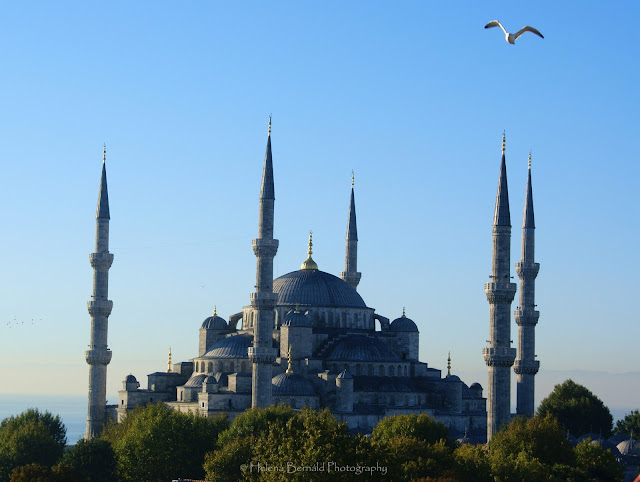 Yes, I know, flying carpets do perhaps not often appear in fairy tales from this magical country, but I can honestly say that I would not have been surprised had one flown by, right in front of my eyes, as I was sitting there on the hotel roof terrace in Istanbul, with this as my breakfast view to one side... 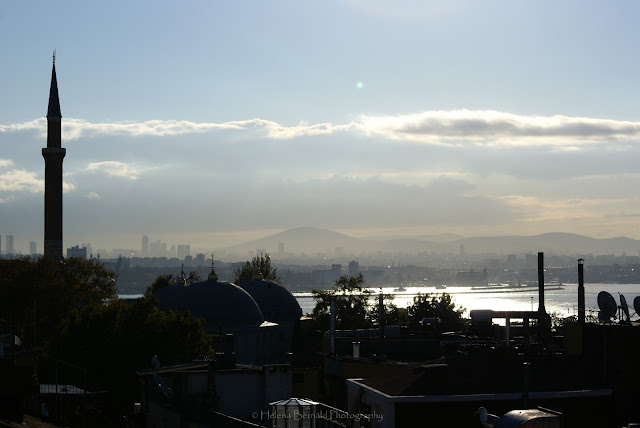 ... and this to the other!
Slurping one's freshly squeezed orange juice in Europe
whilst watching the sunlit morning haze over Asia,
is a rather splendid way to start the day! 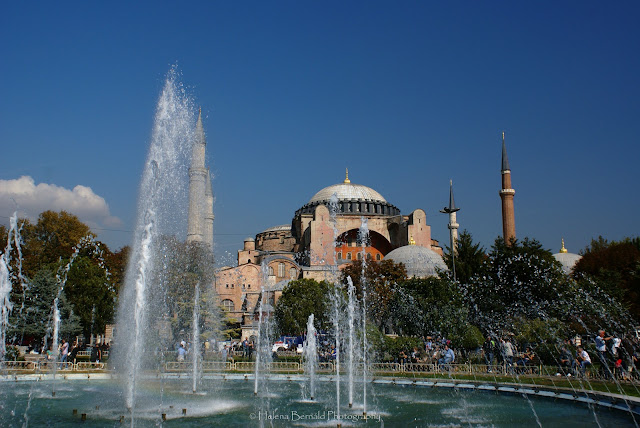 Between Sultanahmet Camii, i e The Blue Mosque (in the first photo above), and
the stunning Aya Sofya (Hagia Sophia) is a small park with fountains
offering sweaty passers-by a moment's rest or
- if the wind is blowing the right way -
a cooling spray of water. 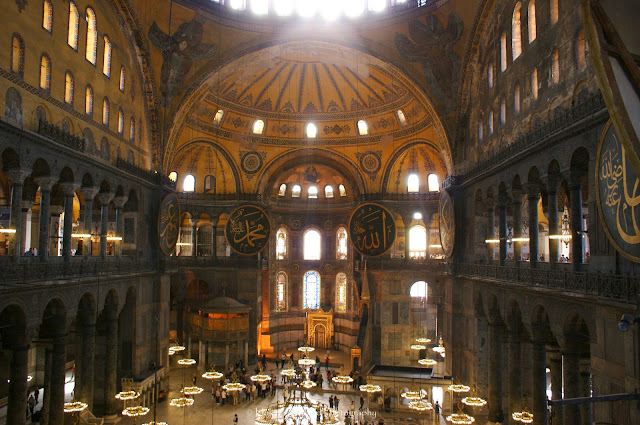 Built in the 6th century as a church, Haghia Sophia was 900 years later ordered by the Ottoman Turks - who conquered Istanbul (then Constantinople)  in the mid-15th century - to be converted into a mosque, which it remained until the 1930's, when it was transformed into the museum it is today.
It is the most spectacular building, and the sheer size of it is enough to make this Swenglish tourist weak at the knees. See how small the people are down there on the floor? (If you click on the image, you can see more details.) 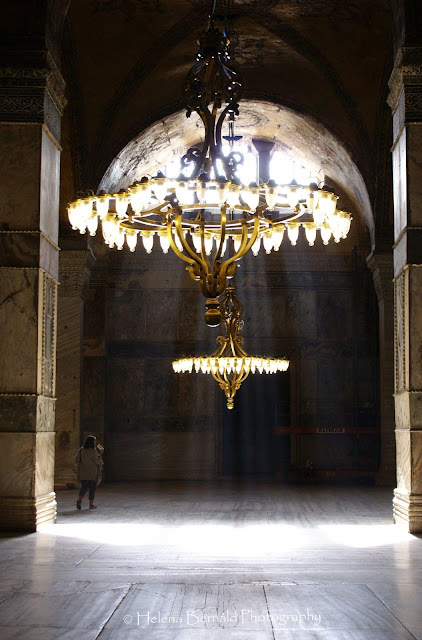 Its Byzantine architecture, its 900-year-old mosaics, its dramatic colours, its massive marble pillars, its Ottoman decorations, its extraordinary dome with light flooding in from forty windows around the base of the dome - all adding up to a jaw-dropping and rather mystical experience of a building whose walls, if they could talk, would be able to share many stories of exotic, dramatic moments of the days of yore... 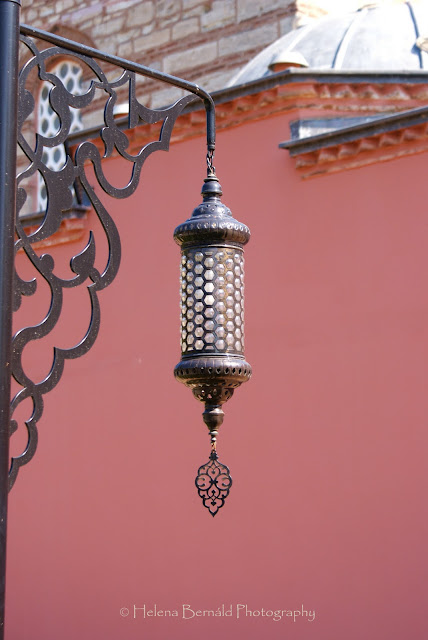 Even the street lights are stunning!
Istanbul is a place experienced with all the senses. A day in this spectacular city often ends with your senses groaning with equal amount of delight and impressions overload. The cacophony of sounds, the lingering joys on your tongue from the obscene number of baklava pieces you have sampled, the explosions of colours and exquisite architectural detail, the overwhelming range of smells - the evocative smell of spices, the vaguely nauseating sweet smell from all the waterpipes, the puffs of sewage stench, the whiffs of some lovely cooking from one of the many restaurants, the choking exhaust fumes, the collective scent concoction of 13 million people in this vibrant, crowded fairy tale city... 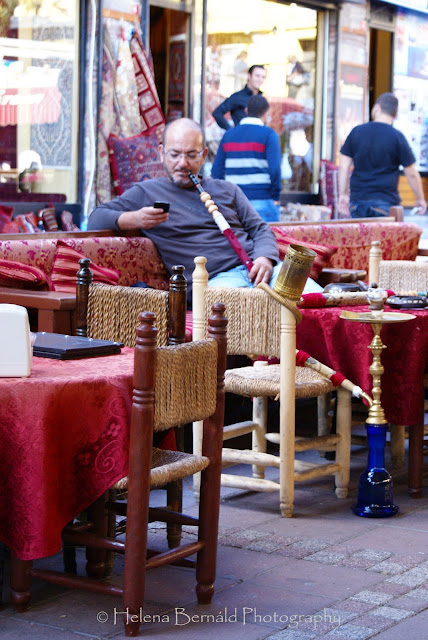 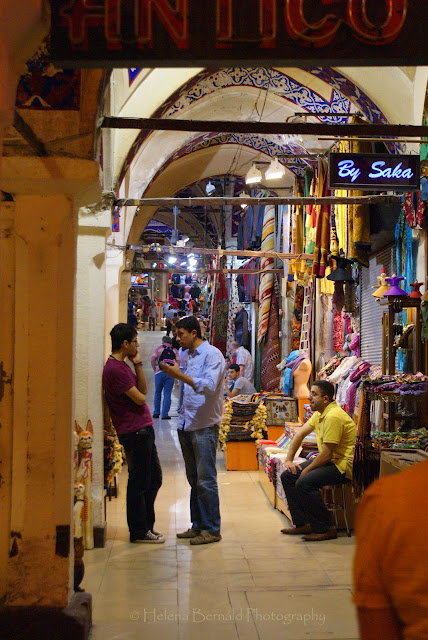 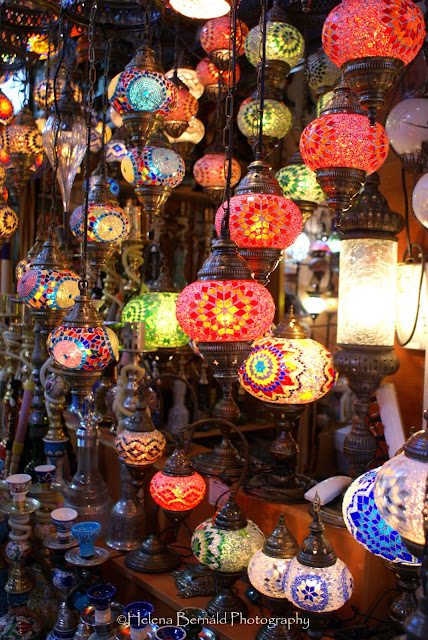 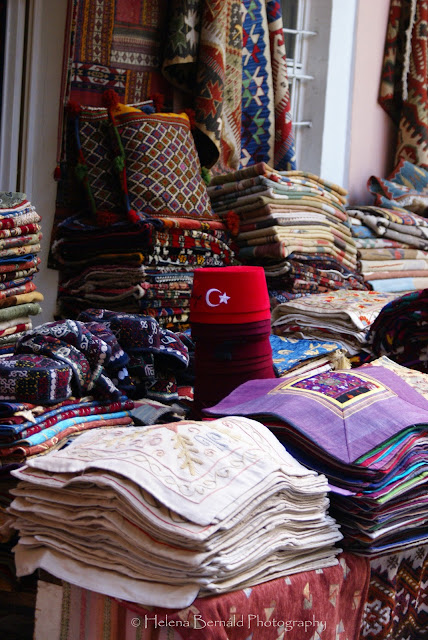 So yes, many of you proved to be splendid detectives - Turkey was indeed the destination for my work trip this time, with a couple of days in Istanbul on my way to Ankara, where the "real" work took place.
I  know this is supposedly an interior decoration blog, so forgive me if I - again- am a little unfaithful to that creed for a few days, to share with you some scents and flavours of a country I always enjoy visiting and which has indeed served as a source of inspiration for some of my interior inclinations... 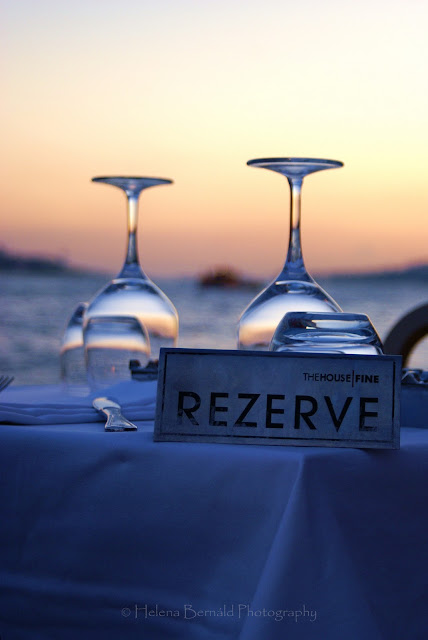 Dining on the waterfront in Ortaköy,  a short boat trip up the Bosphorous.

See you soon and iyi günler!
Helena
Posted by Helena, The Swenglish Home 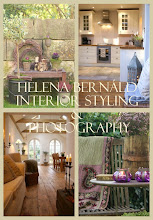 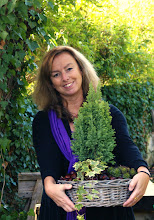 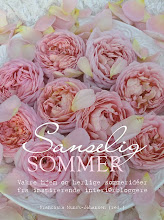 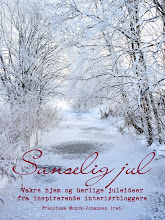 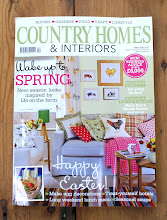 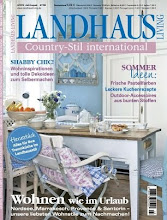 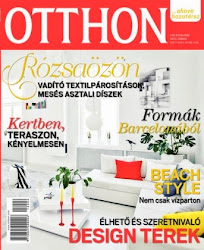 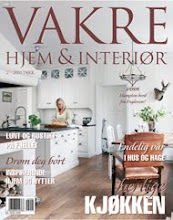 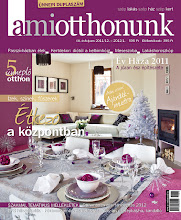 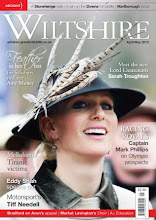 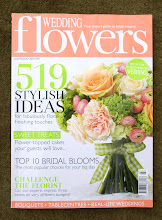 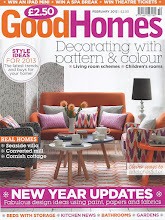 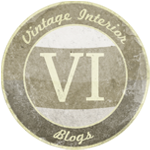 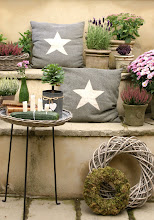 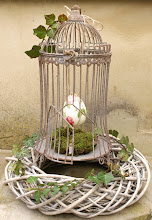